After watching Julie&Julia again, my mouth was drooling for the Bruschetta with tomatoes Julie makes at the beginning of the movie. Obviously having no specific recipe I had to make up my own and GEESSH was it good. Can’t wait to try it again. 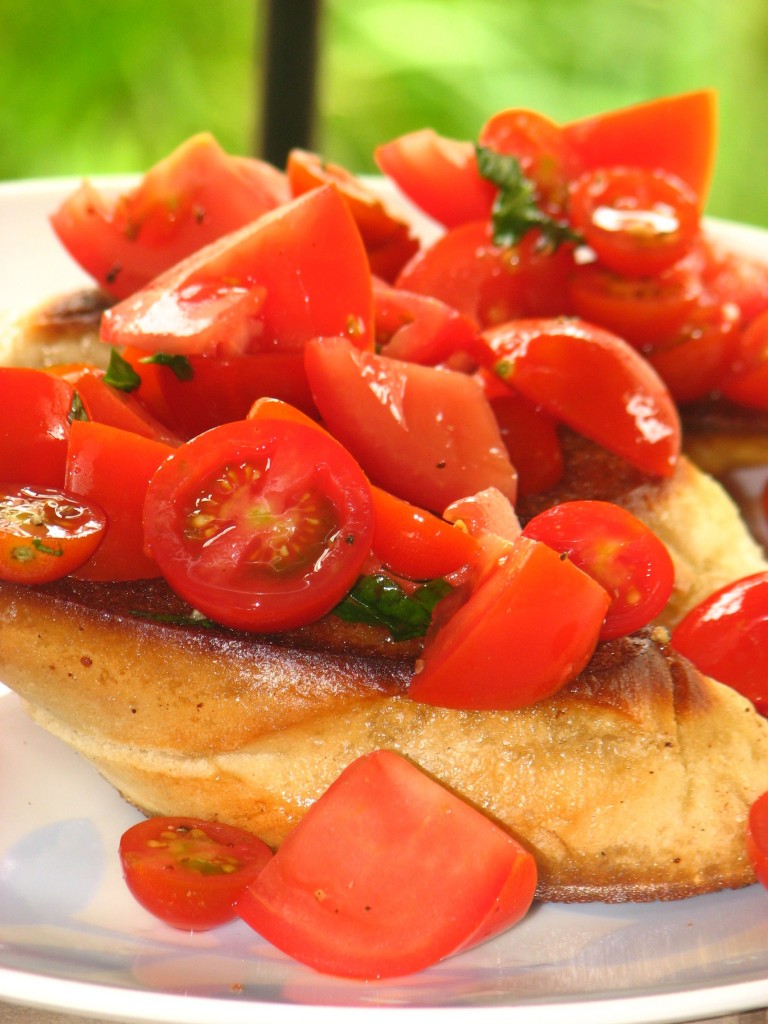 The amounts aren’t specific. You need to keep tasting the tomatoes until you have the perfect balance between salty, sweet and a little tart-ness from the vinegar.

I also used 3 different tomatoes for added interest and it worked really well.

In a bowl, combine all the tomatoes, vinegar and spices and make sure that the balance between sweet and salty is good.

In a hot pan, melt the butter and add a dash of oil. Fry the bread until golden and crisp, (about 2 mins per side) and serve warm with the tomatoes piled ontop.