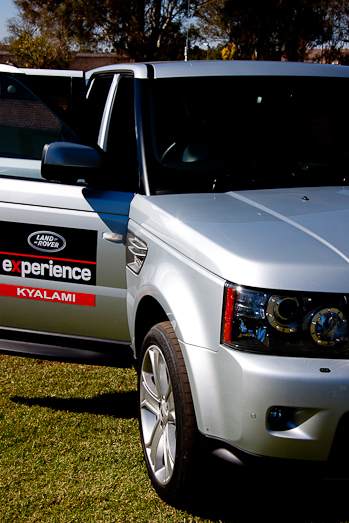 My husband and I were invited by the fabulous Abigail Donnelly (TASTE’s food editor) to join them on the Land Rover / TASTE experience this past Sunday and when I told my husband of the invitation, he immediately said “Yes, we’re going!” Of course, he just heard the Land Rover part, not being much of a foodie. But I was most intrigued by the idea of having lunch at the renowned Mount Grace in the beautiful Magaliesburg. 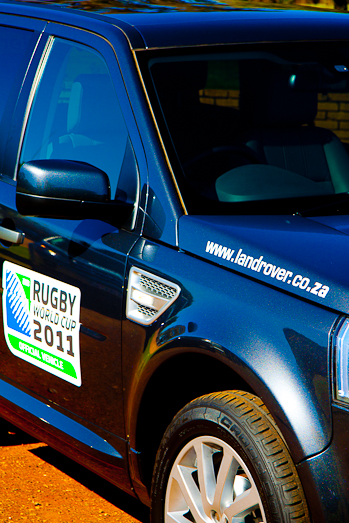 Early Sunday morning, we dropped the twins off at my aunt and headed off to The Royal Elephant in Centurion where we were met with a beautiful breakfast and much-needed coffee. After the safety briefing from Land Rover’s Sean, we grabbed our snack-packs kindly provided by Woolworths and headed off to the Land Rovers. Lined up were 9 gorgeous Land Rover Freelanders and we decided to drive with another couple, who turned out to be so much fun, we laughed all the way to the Mount Grace. 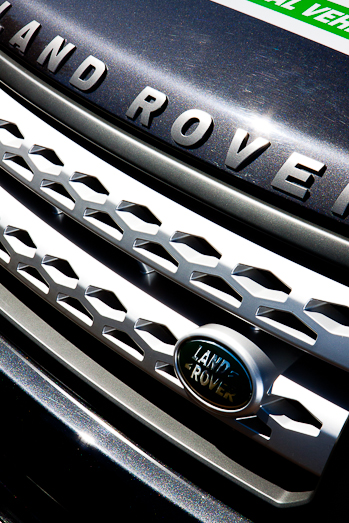 We all got to drive these awesome cars and followed Sean in his Range Rover Sport (!!!) along the winding roads. I more than once, not so subtly mentioned that I would not hesitate to steal his keys and that I would LOVE to own that very car…I think after the 10th time of me saying that, he got a bit worried and held onto those keys for dear life. The Land Rover Freelander is such a stunning car, comfortable, incredibly smooth to drive and kitted out with all the luxuries you would expect from such a top of the range car. 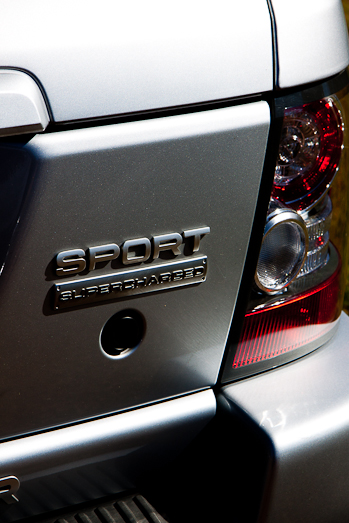 We arrived at the picturesque Mount Grace and were shown to our tables. Then we got the menu’s…and I was in heaven. We would be eating the food of The Rambling Vine, Mount Grace’s a la carte restaurant and the options on the menu were absolutely mouth watering. For starters, the options were Carpaccio of Springbok served with Sauce Cipriani and Parmigiano chips topped with tomato and spanish onion salsa along with Blue Cheese Souffle served with Stilton Mousse and Saffron and Hannepoot Poached Pear. Being lovers of Carpaccio, Chris and I both decided to go with that and we were not disappointed. It was delicious. 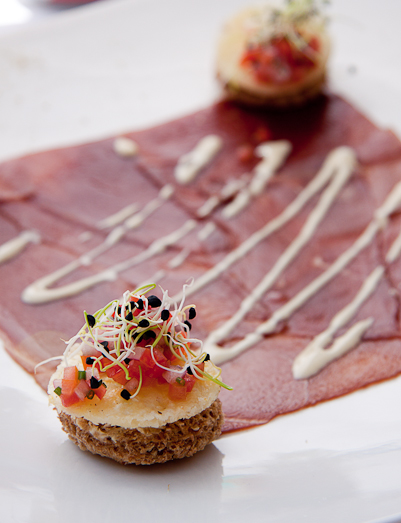 For mains we had a choice between Fillet of Karan Beef served with Pommes Anna topped with Wild Mushrooms butter accompanied by Poached Marrow and Sauce Bordelaise, Sesame Crusted Scottish Salmon seared and served rare with Creamed Micro stir-fry and accompanied by Tempuraed California Roll topped with Japanese mayo and Fish roe and the final option, Gnocchi served with slow roasted garlic and Parmigiano Reggiano sauce infused with black Truffle oil and topped with Parmigiano Shavings. Are you drooling yet? Cause I certainly am. We decided to share the startes so we went for the Salmon and the Gnocchi. Both were incredible but the Gnocchi was so good that Chris and I are still talking about it. Best Gnocchi we’ve ever had. 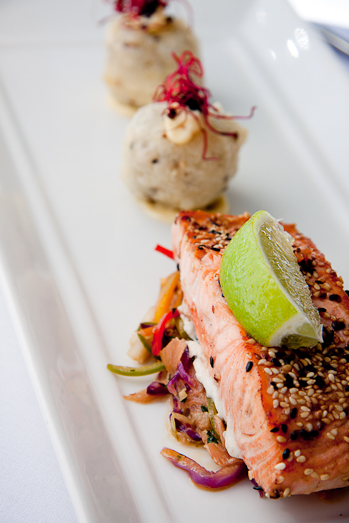 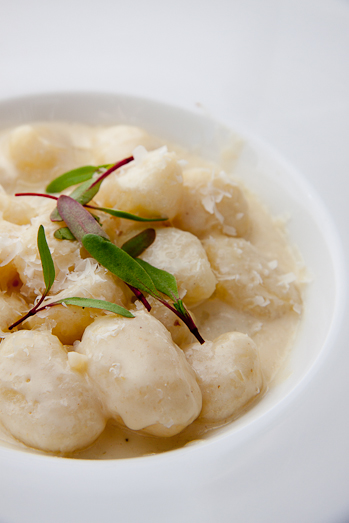 For dessert, I was delighted to see my ultimate favourite Creme Brulee on the menu served with fresh passion fruit pulp and a Pink peppercorn Tuile. The other option was Belgian chocolate and slow roasted hazelnut flourless brownie served with Marron Glace Semi Fredo and finished off with Sugared Summer Berries. Once again, we decided to share and both these desserts were SO outstanding, neither of us wanted to give the other a chance to take a bite. This creme brulee was possibly the best I had ever tasted. Smooth, luscious with a strong vanilla flavour and the pink peppercorn tuile worked SO well with the creamy brulee. The flourless chocolate brownie was equally outstanding. Chocolaty, smooth and rich…chocolate perfection. Executive Chef, Frank Lubbe and his team served up a meal to remember and Frank was so kind to take me into the kitchen. I got to meat the incredible pastry chef and showered him with praise and I was so happy to see the kitchen being so well run and very organised, not to mention spotless. 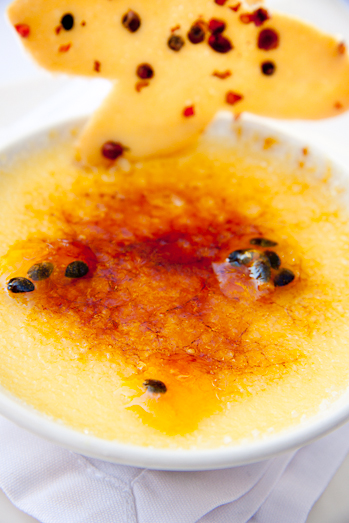 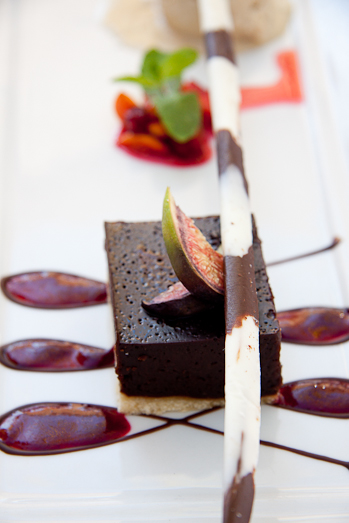 The Mount Grace is really something special and I will be back soon! We got to drive the Land Rovers back to the Royal Elephant and were met by yet more food. Gorgeous cheese platters and Krone Bubbly awaited us along side the most fabulous goodie bags filled to the brim with Le Creuset, Scanpan knives courtesy of Yuppiechef, wines, olive oil, NoMu hot chocolate (YUM!) and some Woolies goodies. If you ever get the chance to go on one of these Experiences, do it! It is money well spent and the goodie bag alone makes up the price of the ticket (if not more). It really is an Experience and one that Chris and I won’t forget for a long time.