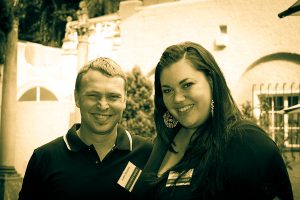 When I first met Justin Bonello a few weeks ago at an Exclusive Books event, I was over-the-moon. Although we only got to chat for about 5 minutes before he was whisked away for a flight, I already felt like I knew him. He is as personable and genuine as he is on TV. Which is a nice change from all the ‘celebs’ who think they are the cat’s whiskers nowadays.

So imagine my excitement when I found out I would not only be ‘interviewing’ Mr Bonello, but actually having lunch with him. Justin Bonello, all to myself for an hour!

Of course I felt slightly nervous, I mean he’s a popular cook and I’m just a blogger, what if I say something stupid? What if he thinks my opinions about free-range farming are ridiculous! But the moment he walked in and gave me a hug (a real hug, none of that celeb-schmeb nonsense) I felt at ease. It was like having lunch with an old friend. (And you should know that I now consider myself his friend, even if he doesn’t! 🙂 )

We started speaking about his book tour and he said that although he’s exhausted (who could blame the poor man!!) he is enjoying it so much. He loves meeting his fans and boy, do his fans love meeting him. Just follow him on Twitter and you’ll see people falling over themselves to get to one of his book signings.

Justin’s new book, Cooked Out of the Frying pan, sees Justin braving not the great-outdoors as we are used to, but the kitchens of some of the finest establishments in South Africa. When asked why he decided to do this kind of show, Justin honestly says that after doing numerous seasons of travelling and cooking, he felt like he couldn’t do that anymore. He also felt like he was cheating his viewers because he didn’t have the food knowledge to teach them anything new. He also says that his cooking has improved 100%. I asked him whether he had a favourite restaurant that he worked at and he replied that it’s a very cruel question to ask. And then very honestly said that he was surprised in almost every kitchen he worked in. He didn’t expect to learn so much at some kitchens and didn’t expect to work so hard in others. But he speaks very fondly of the experience so it’s safe to assume that this was quite a life-altering experience for him.

We then moved on to discussing the new season of Cooked. If you haven’t heard, the new season of cooked started last week on BBC Lifestyle and you HAVE to see it. If you eat meat, you can’t avoid this show. In this season of Cooked, Justin investigates the standards of farming in our country and what he comes up with is quite shocking. Like Justin says, he thought he knew where his food was coming from, and he was sadly mistaken. And if he doesn’t know where his food comes from, then 80% of the population doesn’t. People believe that they are still eating the type of chickens their grandparents used to it and it couldn’t be farther from the truth. I’m not going to get into the nitty-gritty now, but do a bit of research and see what goes on in commercial farming. It’s shocking, cruel and very,v ery unhealthy. My favourite line from the first episode came from the Chicken farmer who said that when her family gets sick, they don’t go get antibiotics, they just buy a commercially farmed chicken because that has more antibiotics in than actual antibiotics. It was funny, shocking and true. Justin says he now only eats meat twice a week and he buys his meat from Woolworths (the free-range range) and small farmers.

As for the rest of the interview, while we were eating our Caprese salads, I asked him a few questions but barely wrote anything down because it was really like I was talking to a friend. But I did ask him how feels about being called a celebrity chef, to which he answered that he doesn’t pay too much attention to it, and a sexy one? He says he doesn’t understand it but he’s very flattered by it. His culinary inspiration comes from Keith Floyd and he loves cooking seafood. Of course I had to ask him what the 3 ingredients are that he can’t live without to which he very quickly replied, “Salt, garlic and butter.” I also asked him what’s next and he couldn’t say too much but he did mention that Cooked 6 will be happening soon and he also wants to start taking on people who aren’t giving us as consumers, the best quality products possible. And if there’s one person who could do that successfully, it’s DEFINITELY Justin.

It was such an absolute pleasure spending time in his company and he promised me that he would sign my book when he’s next in JHB, so I’ll be meeting him again soon! I know, I know, you’re jealous. I would be too!

If you are interested in finding out more about Justin’s food journey or his book, click here. 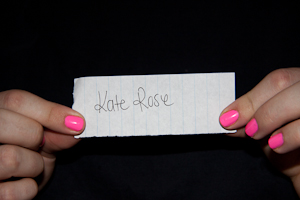 Kate Rose! Congratulations Kate. And thank you to all of you who entered. I just drew the name out of a hat because I didn’t know how else to do it! We’ll be in contact soon Kate so we can get this stunning book off to you! 🙂