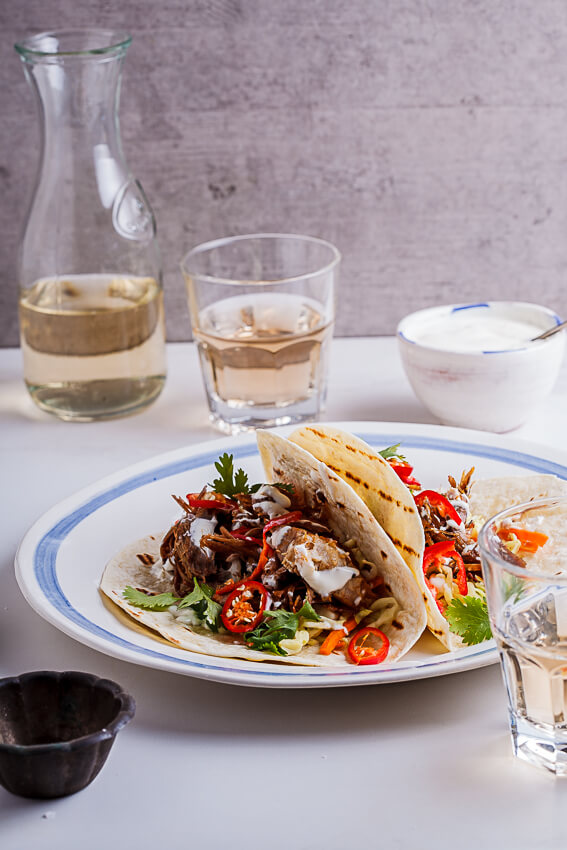 So here’s the bad news. We are currently experiencing the highest temperatures EVER recorded in my city. At the same time, we are in the middle of a pretty nasty drought in South Africa. So pretty much fun all around. I can tell you that being in the kitchen when the temperature is creeping towards 40°c (104°f) is most definitely my worst thing ever. Except when it’s to top up my ice water or grab a piece of ice cold watermelon from the fridge. But switching on the oven or stove? Nope! 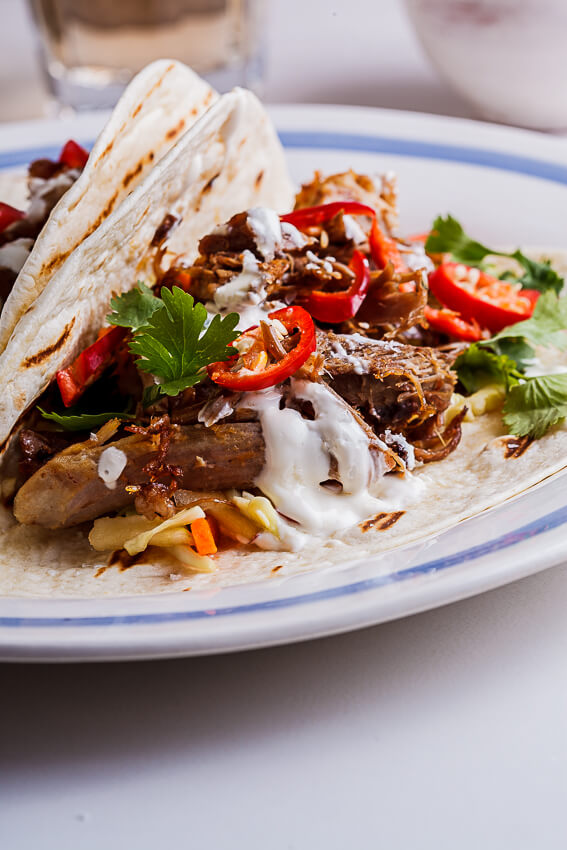 So on Sunday I had a big hunk of pork that needed roasting so I bit the bullet and shoved it in the oven early in the morning before the day resembled something from hell. And because it was such a giant piece of meat, we now have left-overs for the next few days which means very minimal cooking for me but delicious dinners for my family. I am very pleased about that. Last night I simply re-heated some of the shredded pork into a very hot griddle pan to re-heat and toast the edges. This resulted in really crispy bits while the fat of the pork became soft and succulent. The pork was piled high in the tacos with probably my favourite coleslaw-kinda-thing I’ve ever made. 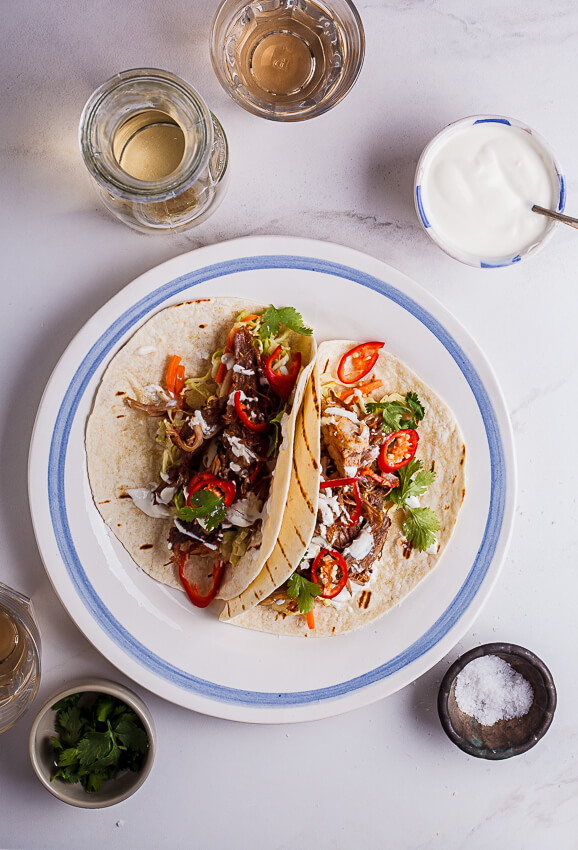 I wanted something really bright and sprightly to pair with the rich, fatty pork and decided to make a slaw. Instead of the usual heavy dressing of mayonnaise, I simply dressed the coleslaw, carrot and apple with a drizzle of maple syrup and a good squeeze of fresh lemon juice. A pinch of salt finished it off perfectly. This way the slaw took on an almost-pickled characteristic which was just perfection with the pork. I finished the tacos with a drizzle of sour cream seasoned with lime juice which tempered the heat of the chillies nicely and added even more succulence. A few sprigs of coriander, glasses of ice cold rosé, what more could you want? 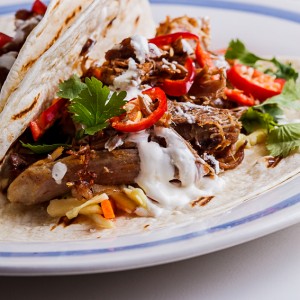