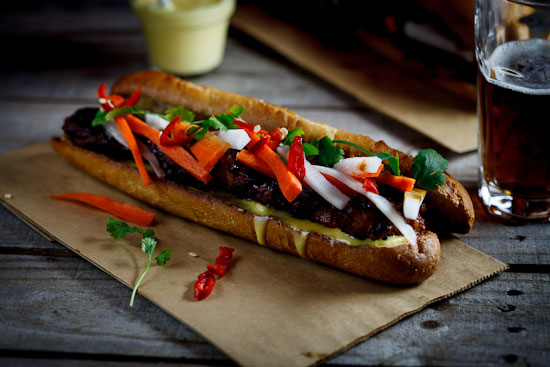 As I said in my Ultimate BLT sandwich post, I am beyond obsessed with sandwiches at the moment. I love how so much flavour and texture can be achieved between two slices of bread and thus I’m expanding my repertoire..much to my family’s enjoyment. 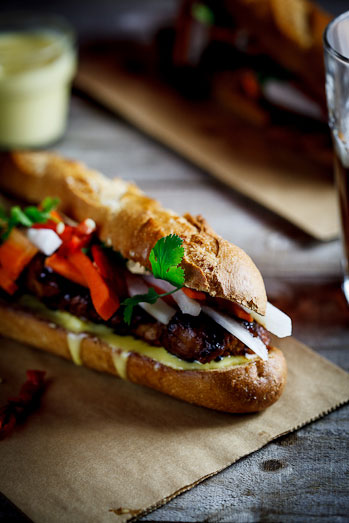 Last night I decided to make my version of a traditional Bahn Mi which a Vietnamese sandwich consisting of baguette, meat, shredded vegetables and fresh chilli & coriander. I’ve eaten Daikon only a few times in restaurants but have never seen it in my green grocer or supermarket. I decided Twitter would be the most likely place for me to find out where in Pretoria to look for fresh Daikon and after asking the question, got approximately 10 answers as to where to find this long, white Japanese radish. I also learnt that I don’t know my city half as well as I thought I did and now have quite a few new places to go visit. I found the Daikon in a small Asian shop (Yat Sang) in Faerie Glen. 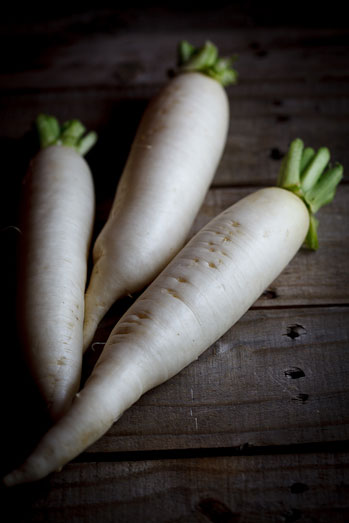 I was contemplating using pork belly in my sandwich but decided instead to keep it quick and simple and used pork fillet that I had sliced and thinned out between two layers of cling wrap before marinating in a sticky and sweet Asian barbecue sauce. I grilled the pork in a griddle pan to create lots of caramelisation but you could do the same in a frying pan, under the grill of your oven or on the braai (barbecue). 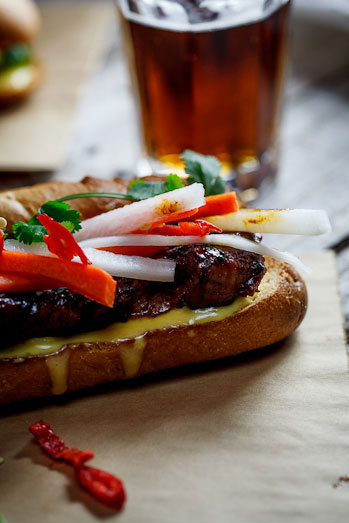 To serve the Banh Mi’s I made a plain mayonnaise to add creaminess to the sandwich and topped the pickled vegetables and caramelised pork with fresh coriander and finely sliced chillies. The end result was a sandwich packed with sweet, salty and zesty flavours and interesting textures from the crunchy veg to the sticky pork. It also inspired my family to dub me the “Queen of Sandwiches” – a title I am very proud to have. 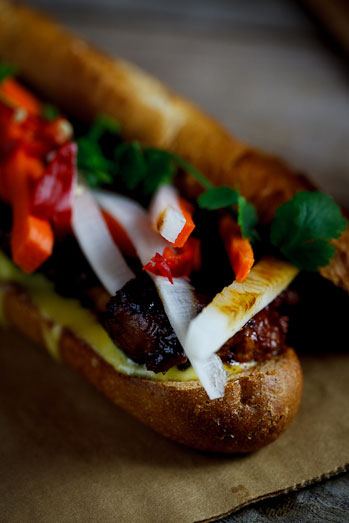