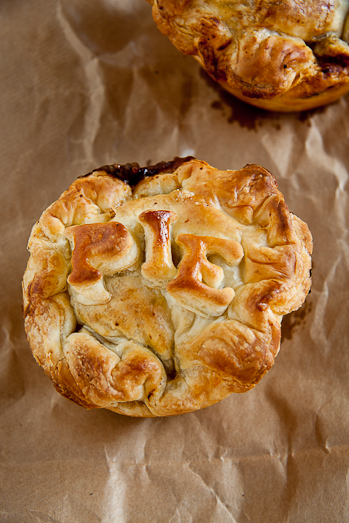 I have come to love (and I mean, REALLY love) Beef shin this Winter. The cut of meat that is usually used for soup (sop bene) in South Africa has become my absolute favourite thing to cook with. The Italians (of course) are one ahead of me here because they use shin (although Veal mostly) for Osso Bucco, another one of my Winter favourites.

I have been experimenting with beef shin almost every week this Winter and I’ve realised that, when it’s cooked and literally falling apart, it tastes an awful lot like oxtail which up until now, was the only stewing beef I ever liked cooking with. Unfortunately, the rest of South Africa also likes it as much and it is now a very expensive cut of meat. Whilst Beef shin, is not. After all, a cow only has 1 tail but 4 legs! 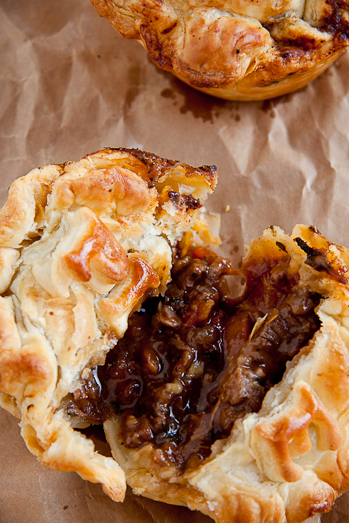 I have made everything from soup to stews and even pies with Beef shin and every time I am blown away by the versatility, taste and succulence of it. Last week, I decided to make a rich and hearty stew with beef sin and vegetables and use it in a pie. Now, there’s something you need to know about me…I will gladly give up one of my limbs for a good piece of pastry. And if there’s a rich, tasty filling inside, I will give up two limbs. There is just nothing that makes my mouth water quite as much as pastry. Even now I have to control myself or I’ll be drooling all over my keyboard. 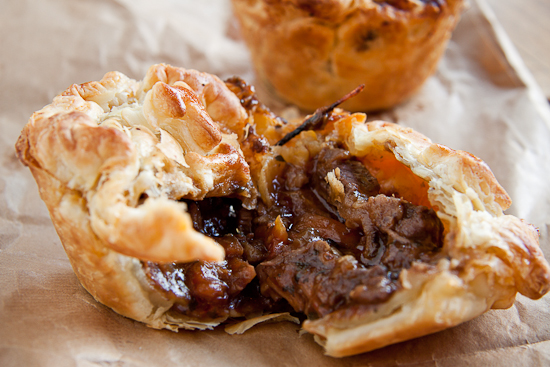 The only issue with making pie out of beef shin is that it has bones and the last thing I want to do whilst eating pie is come across a bone. The obvious answer is to cut the bone out of the meat but then you lose the incredible flavour the bone marrow will impart on the stew so I decided to cut out the bone and just before I put the lid on the pot when the stew is ready to be simmered to perfection, I place all the marrow bones on top of the stew and I count them. That way I know that my stew will get the flavour from the bone marrow but I also know the amount of bones I need to fish out of the stew before placing it all in the pastry shell. You can, of course, omit this step but the flavour will be quite different as the bone marrow as well as the bones really infuse the sauce with a meaty, rich taste that can’t be beaten! And as far as the stock goes that I cook the stew in, nothing can beat NoMu’s fonds. I have written about them before but seriously, if you haven’t tried them, you don’t know what you’re missing. Soups, stews and curries will NEVER be the same again. I have a constant supply in my pantry and when I’m without I feel like a lost child! 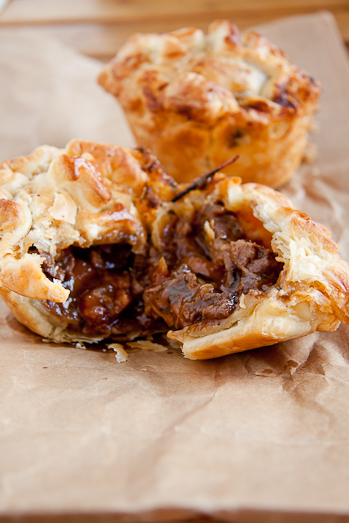 I served our pie, simply, with maple-glazed carrots. I steamed the carrots until almost soft and then sauteed them in a bit of butter with a drizzle of maple syrup. I always find I use an enormous amount of meat when I make pies (mostly because I usually feed about 8-10 people on a pie) but if you feel like there’s too much filling, simply freeze it and use it as stew later on. This recipe will yield enough pie for about 6 people.