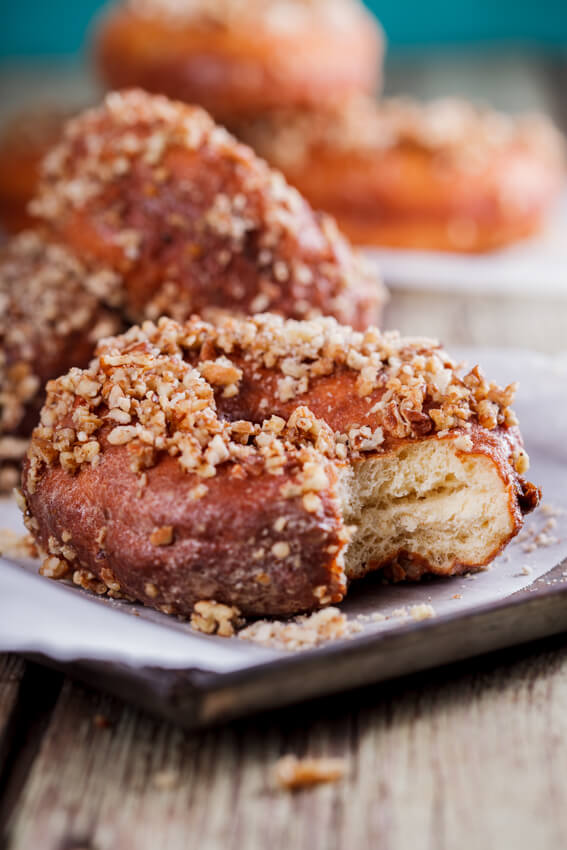 These caramel nut crunch doughnuts though. Guys, we have reached peak doughnut goals over here and I’m ready to shout it from the rooftops because no jokes, this is good stuff. ??? 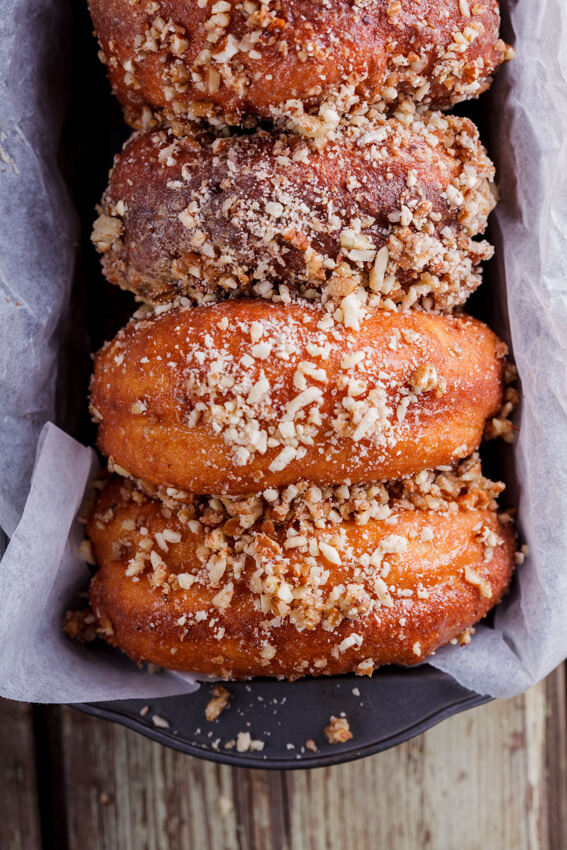 I first saw the idea for this doughnut recipe on Diners, Drive-ins and Dives when they visited Pies & Thighs in New York and since that day, I have not been able to stop thinking about them. Their version saw their soft, freshly fried doughnuts dunked in a sweet glaze and then dunked again in buttery pecan crunch. I mean, what more could you want? I decided to put my own spin on things and added some caramelised condensed milk (also known as Caramel Treat or Dulce De leche) to the glaze because caramel makes everything better and then covered the glazed doughnut in a mixture of chopped pecans, almonds, a little sugar and a pinch of cinnamon. You could take a shortcut and just blitz up some nut brittle in a food processor and dunk the glazed doughnuts in that and the end result will be very similar (albeit a lot more crunchy). 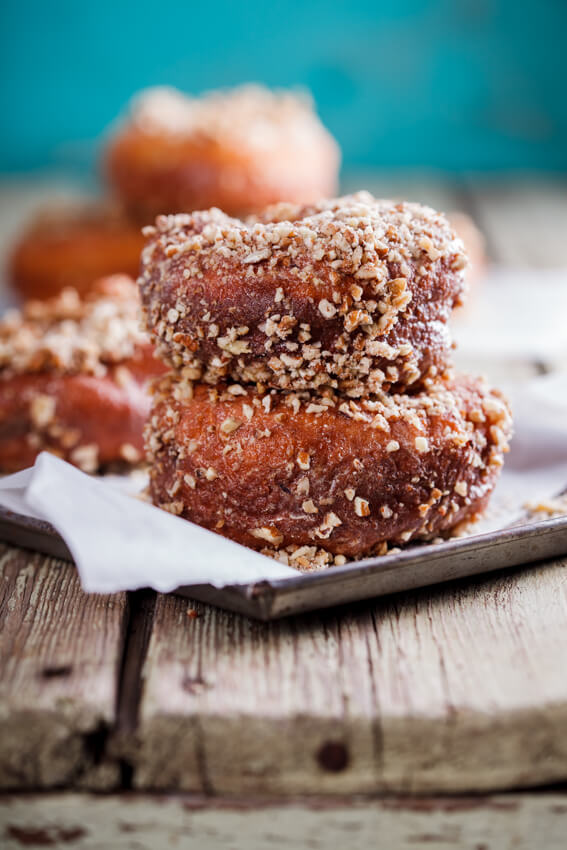 Listen, I’m not going to lie to you, these are super dangerous to have around because they are everything you could hope for in a doughnut. Sweet, fluffy, moreish, crunchy. You’ve got it all in every bite. And yeah, this is not the quickest recipe around. It does take a little bit of time but if you are into doughnuts (who isn’t?!), I promise you it’s so worth it. I made the dough early on in the morning and gave it a good few hours to rise before knocking it down, cutting out the doughnuts and allowing it to rise for a second time. This allows a ton of flavour to develop in the dough which you just don’t get when you make non-yeast doughnuts. Plus the rise on these babies is spectacular. They are worth every minute of work and trust me, it’s hard to stop at just one. 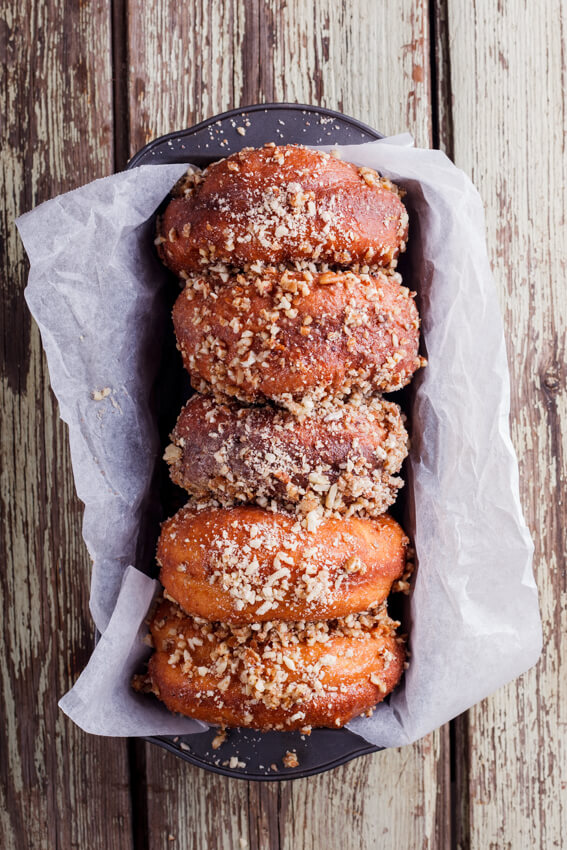 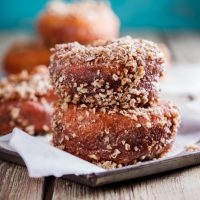 When it comes to making dough, it's always better to be as precise as possible, which is why I've used metric measurements for the dough.
5 from 4 votes
Print Pin Rate Add to Shopping ListGo to Shopping List
Course: Baking, Donuts, Doughnuts, Vegetarian
Prep Time: 30 minutes
Cook Time: 20 minutes
Total Time: 50 minutes
Servings: 6 -8 doughnuts, depending on size
Author: Alida Ryder