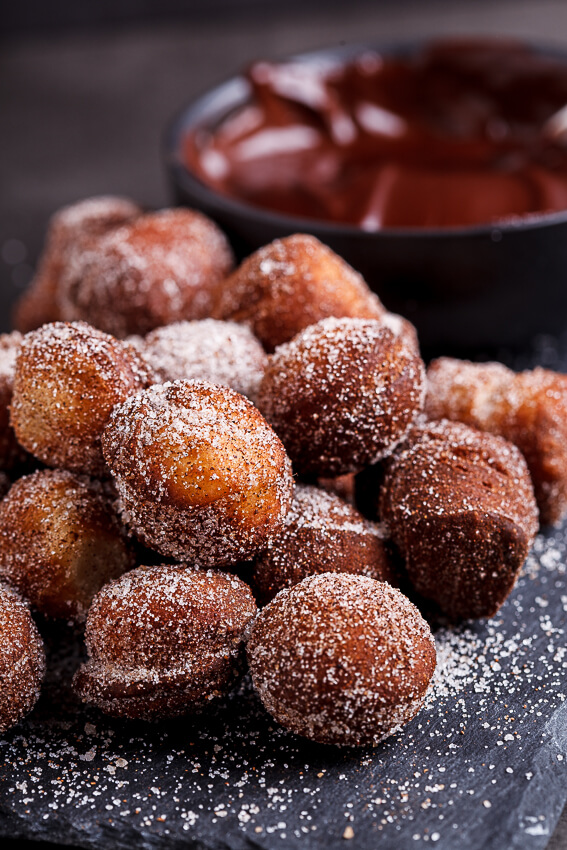 As a child, I thought being an adult meant I would be able to eat whatever I want, whenever I want. As a child, that meant all the doughnuts (donuts) in the world. I thought I would eat them all day long but then you grow up and realize that nope. In fact, that is not possible. Especially if you don’t want to buy new jeans every week. So, while I do love doughnuts (love is a slight understatement), I only have them every now and then but when I do, you better know it’s going to be good.

And because doughnuts are rings of deliciousness, there are little bits of dough that are left over and you know what you do with those little bits? You fry them up, dunk them in cinnamon sugar and serve them with espresso chocolate ganache that is so addictive you might want to bathe in it. 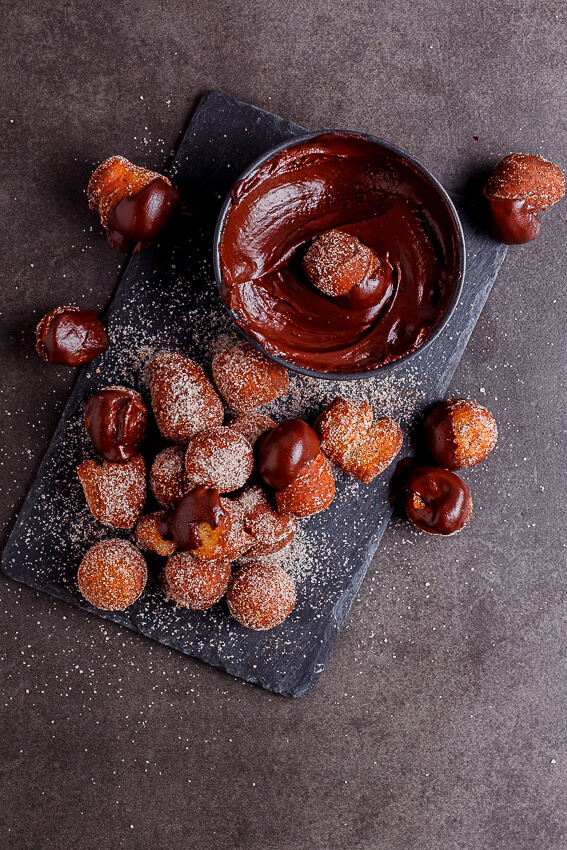 How to make doughnut holes

The great thing about doughnut holes (or donut holes) is that they are an inevitable by-product when making doughnuts. However, if you are so inclined, you could totally use an entire batch of dough for doughnut holes. You will just get a very large amount of doughnut holes if you choose to do that.

Make a simple dough recipe by dissolving instant yeast in warm milk and melted butter. Stir together flour, sugar and salt in a large mixing bowl then pour in the wet ingredients. Start bringing the dough together then knead until a soft, smooth dough forms. This can all be done in the bowl of a stand mixer as well. Transfer the dough to a greased bowl and cover with plastic wrap or a damp tea towel. Allow to rise for 1 hour. Cut out doughnuts (or holes) then allow to rise again while you heat the oil.

Fry the doughnuts holes in hot oil until golden brown and fluffy. Mix the cinnamon and sugar together in a bowl. Drain the fried doughnuts and immediately toss in the cinnamon sugar.

To make the ganache, melt the chocolate, espresso and cream together until smooth. Serve the doughnuts with the ganache for dipping. 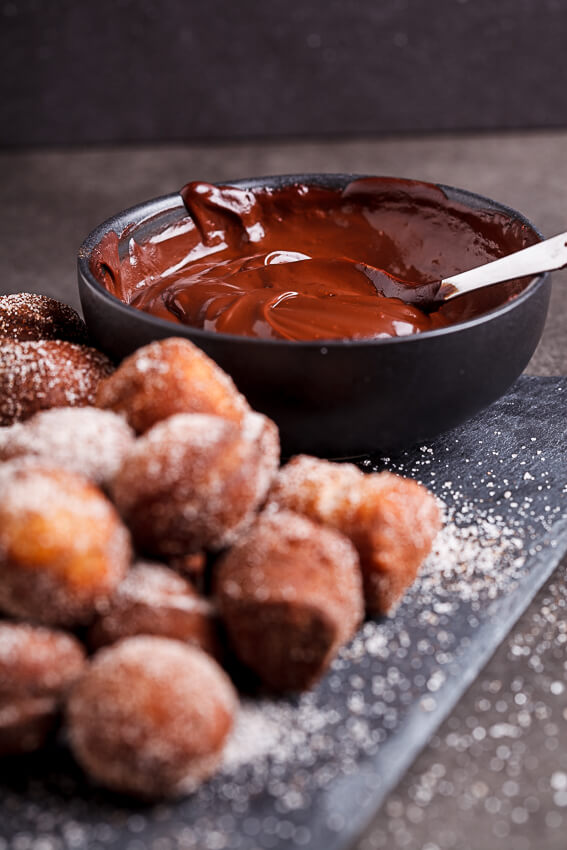 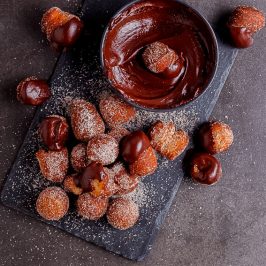 for the chocolate espresso ganache

For the cinnamon sugar