You’re going to love this creamy gnocchi soup with bacon and mushrooms. It’s the coziest dinner recipe and perfect for chilly evenings. 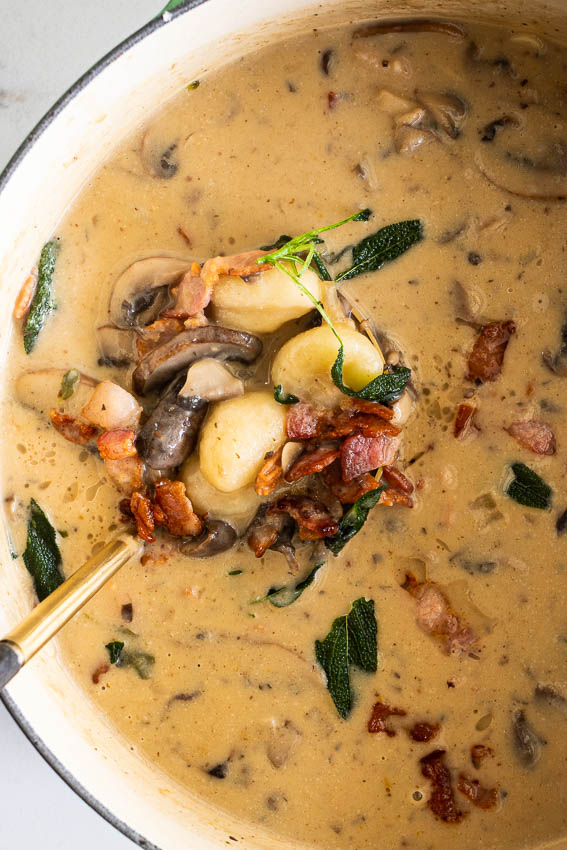 How to make gnocchi soup

Start by browning the bacon in a large pot or Dutch oven. Once crisp, remove from the pan with a slotted spoon, leaving behind a few tablespoons of bacon fat. Add the onion and mushrooms to the pot and cook until the onions have softened. Add the fresh thyme and crushed garlic and cook for another 30 seconds. Add the flour and cook  for a few seconds then pour in the chicken stock and cream.

Bring the soup to a simmer and cook for 10-15 minutes until the soup has thickened slightly. While the soup is simmering, cook the gnocchi in a large pot of salted water until it floats to the surface. Drain the gnocchi then add to the soup along with half of the bacon. Cook for another 5 minutes then season with salt and pepper. Serve the soup in serving bowls topped with the rest of the bacon. I also added fried sage leaves but that is optional.

The soup can be frozen for up to 3 months or kept in an airtight container in the fridge for 2 days. If preparing ahead, I would suggest cooking the soup without the gnocchi and add the cooked gnocchi while reheating over low heat. 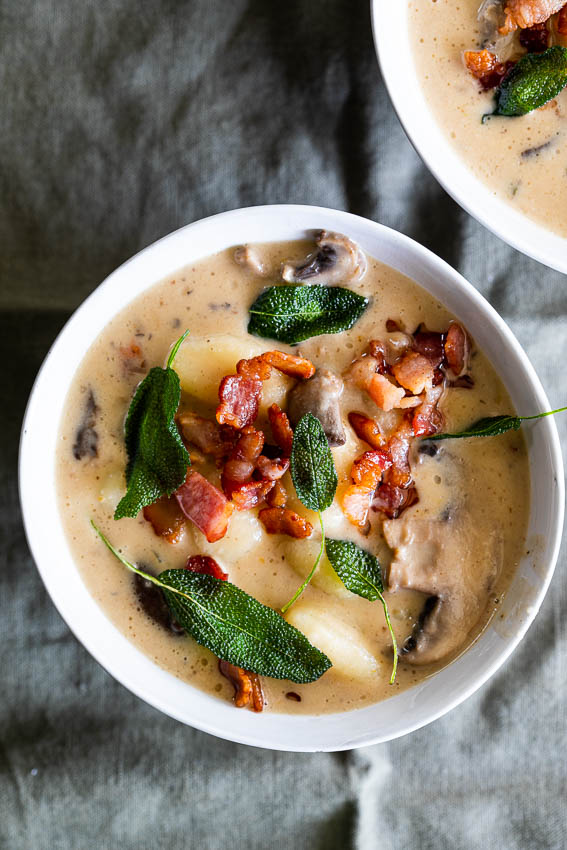 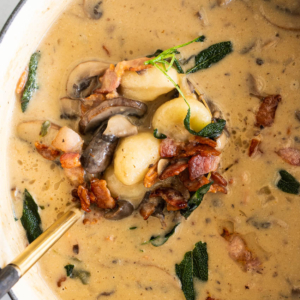