These sticky baklava rolls is a delicious sweet treat loaded with brown sugar, cinnamon and pecan nuts. The sticky syrup takes it over the top. 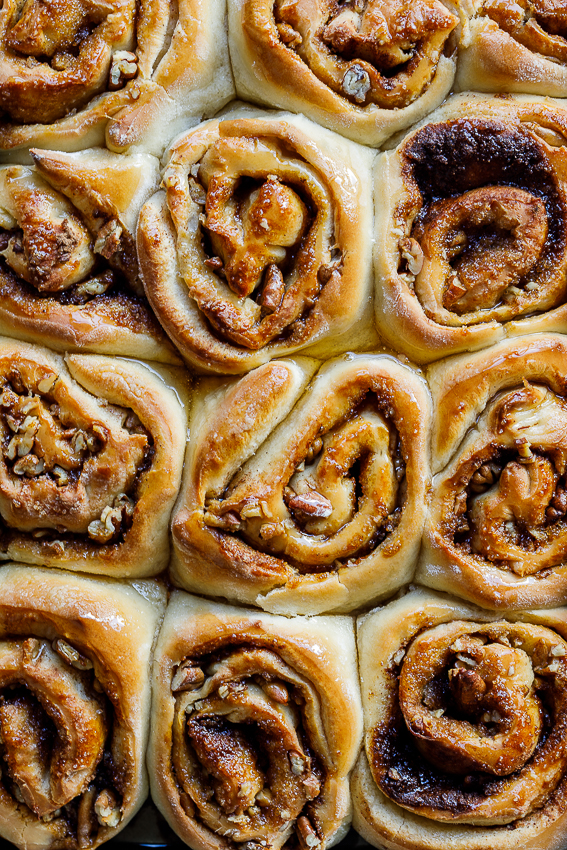 There are a few desserts I always swoon over. Crème brûlée, Tiramisu, Apple tarte tatin and Baklava. These are the desserts I will order, no matter how much I’ve already eaten. They are classics and when done right, are the most delicious things you will ever eat. 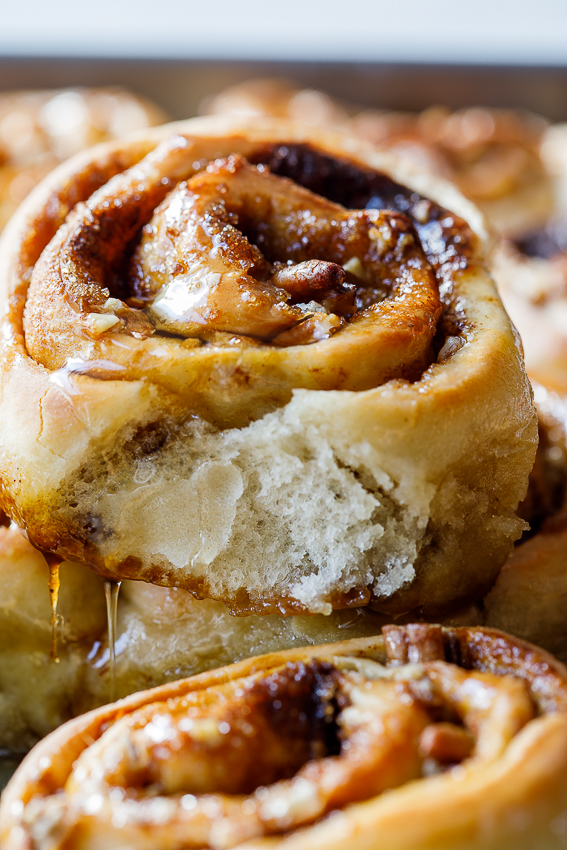 I made these sticky baklava rolls a while ago when I had a serious craving for cinnamon rolls. I wanted sticky, sweet, cinnamony goodness all wrapped up in a soft doughy bun. Drooool! I used my doughnut dough (full recipe and video) because it’s honestly such a versatile, fantastic dough and works perfectly for sticky buns/rolls. I filled the dough generously (understatement of the year) with butter, soft brown sugar, cinnamon, nutmeg and pecans before rolling and slicing. I baked them off while making the delicious baklava syrup flavoured with honey, vanilla and cinnamon before pouring the syrup over the baklava rolls the moment they came out of the oven. This allows the rolls to soak up all that delicious syrup and you guys. It was honestly such a triumph.

These sticky baklava rolls were gobbled up in mere minutes so be warned: they are totally addictive. 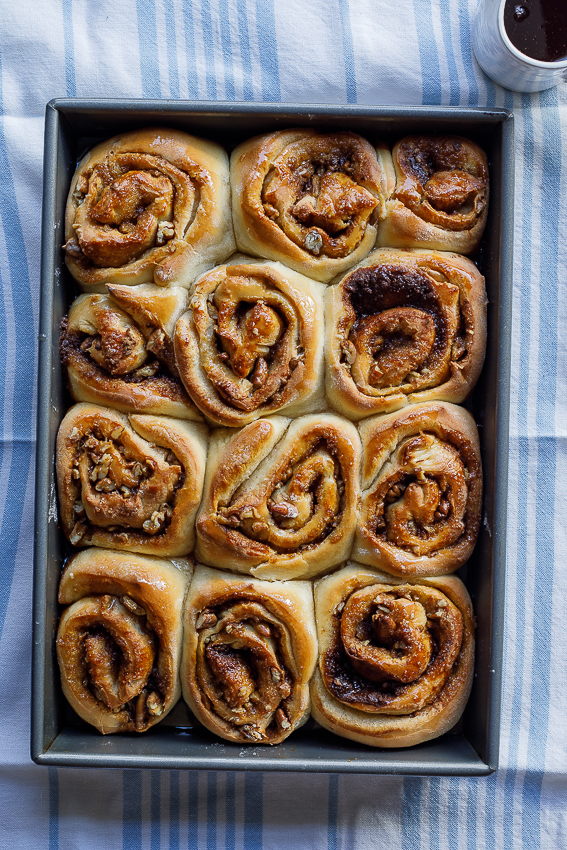 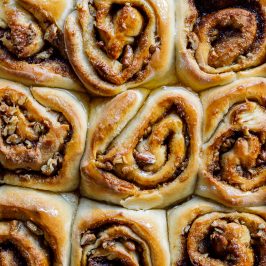 For the Baklava rolls 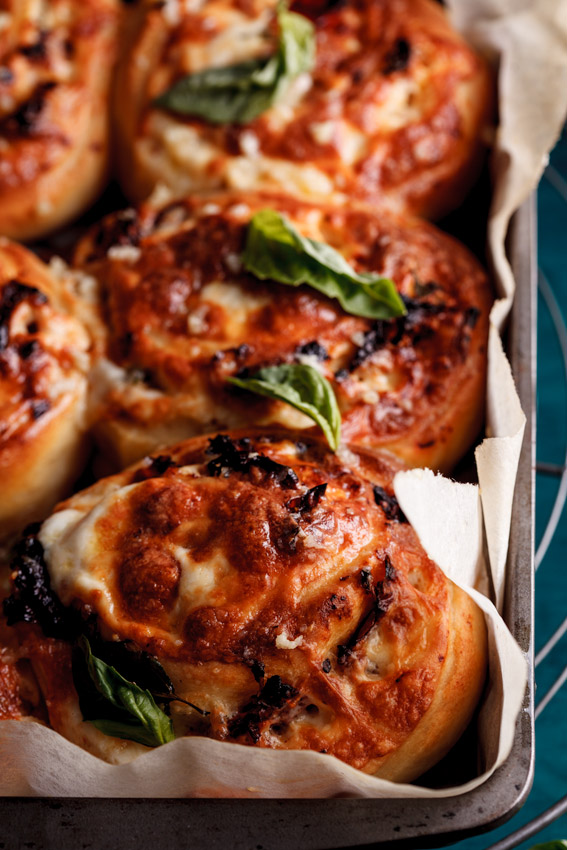