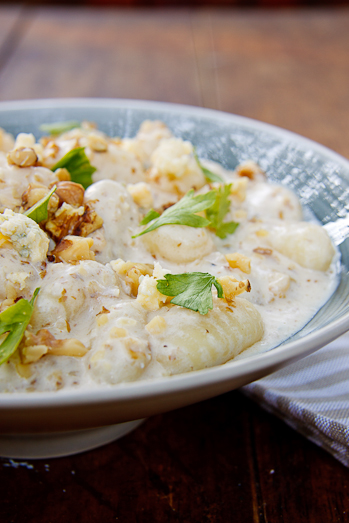 The very first time I ever had Gnocchi was at a small Italian restaurant in Pretoria and I had absolutely no idea what I was ordering. All I knew was that I liked the sound of the Gorgonzola sauce that came with it. I think I must’ve been about 14 or 15 at the time and I know that I was probably the only teenager who was willing and eager to eat rotten cheese. Even now, 10 years later, most of my friends don’t like the idea of Gorgonzola, or anything stronger than Cheddar or Gouda.

I am very fortunate in that regard. My mother raised us as very adventurous eaters, ordering Greek food at every chance she could and giving us Dolmades, Tzatziki and Taramasalata. We weren’t allowed to call anything gross or say we didn’t like it if we didn’t try it a couple of times. My dad has always been a lover of good strong cheese. Often he buys a big block of Grana Padano or Pecorino and eats it just like that, most often late at night when I’m not there to scold him! 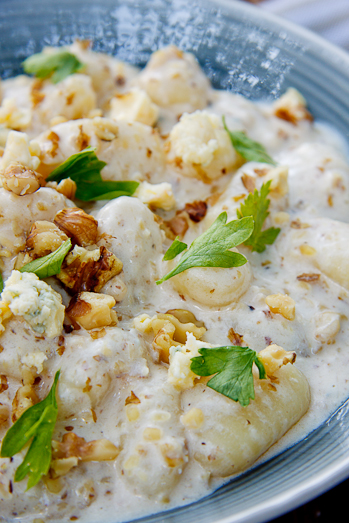 I am so thankful that my parents raised me that way. Sure, I might love food a bit too much now, but I am willing to try absolutely anything once and I’ve eaten things my friends wouldn’t dare to try. I remember when Sushi first came to South-Africa during the late 1990’s, my parents were the first to be in Pretoria’s newest Sushi joint. Let’s just say they wouldn’t be trying it for a few more years after that. My dad complained that the portions were minute and it cost him more than his beloved Fillet at the best Steakhouse in Pretoria. My mom didn’t exactly love it but she was so chuffed that she had been one of the first to taste Sushi.

I’ll never forget the scene in “My Big Fat Greek Wedding” where a young Toula Portokalos eats Moussaka. All the other kids call it “Moose-Kaka” and laugh at her. I felt like that sometimes. I had one friend who’s mother was as adventurous as mine and we are still friends, 15 years later. She is the first to suggest we go eat Sushi or go to a new eatery in town and I love her so much for it. She is also the one who brought me the most amazing spice pastes back from Thailand when she went on holiday there last year.

I really hope that I can raise my kids with that same adventurous spirit and mind-set. But I think I’m doing pretty well, at only 2 years old they already love olives, sushi and capers…not bad, hey? 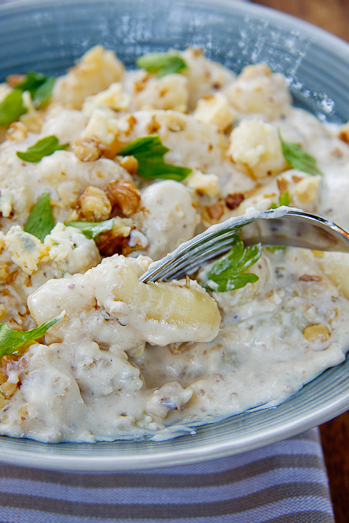 This Gnocchi is really just the easiest thing (especially when you buy the Gnocchi ready-made) to make and I added some Walnuts to add extra texture and flavour and it was absolutely delish. Perfect for a Meatless Monday when you just don’t have the strength to stand in the kitchen for more than 20 minutes.